UNISON is concerned at the comments made by the Conservatives about Council cuts in the city, notably on the future of Libraries. Whilst UNISON has been campaigning to keep Libraries, it is rather rich of the Conservatives to complain about their closure.

When we consider that £850 billion has been spent on bailing out the banks in the UK and Local Authorities such as Coventry have had spending cuts of more than 40% imposed by the Conservative government, you wonder what on earth is going on. More than a thousand workers have lost their jobs and more are to come. The Conservatives can’t have it both ways. It would be more helpful if there was a campaign to put local government at the heart of renewing our economy, as we did after the Second World War, and not see it as a burden on society. Cuts in services are affecting everyone, and particularly the poorest. This coalition Government is destroying the very fabric of society not rebuilding it.

Coventry City Branch of UNISON has welcomed the announcement that no City Library will close in the coming twelve months. UNISON is campaigning to protect public services and is happy to work with the elected members to ensure that a comprehensive and efficient Library service is there for current and future citizens but also that jobs within those services are protected.

“UNISON will continue to work with the authority to lobby for a fairer financial settlement from Government to seek to protect all the services that are currently at risk.”  Sarah Feeney Branch Secretary 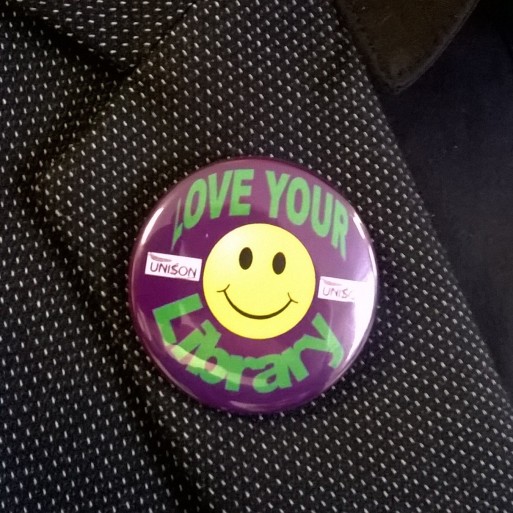 COVENTRY UNISON has pinpointed 2015 as the year we want to introduce a new learning culture at Whitley depot. Education & Learning opportunities through UNISON have never been better. UNISON West Midlands now has it’s own learning website offering a range of courses to both activists and members via our website: www.learninunisonwm.org.uk

We are also negotiating with the Council to improve training facilities at the depot to bring about a ‘learning zone’ that will benefit all staff who work there and allow access to vital resources such as the internet. To achieve this, we will work with other Council departments such as Workforce Development and Adult Education where we can. 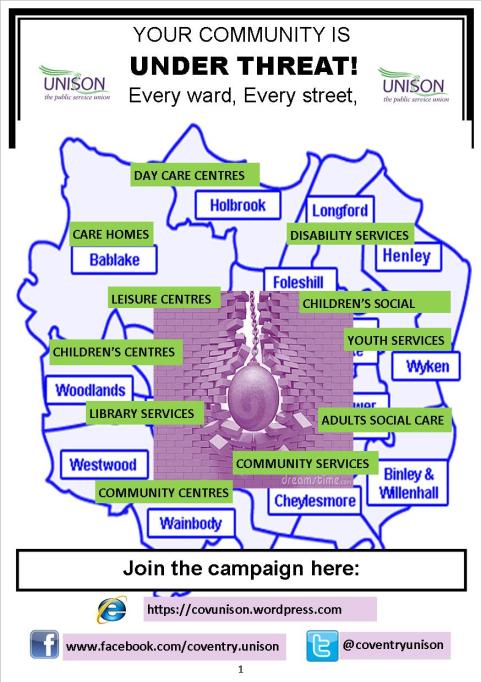 Please see the attached letter to Cllr Lucas regarding the cuts to local services. This is laid out so you can easily add your own name and send it off. Please feel free to share it with anyone who is interested.

In addition, by way of reminder, we have placed this petition on the Council website. Please do not sign it from your work computers, but you are welcome to sign it as a member of the public. Please encourage your family and friends to sign too.